This seignorial agricultural estate is the legacyof a beautiful love story that earned the quinta its name, worthy of a fairy tale and still present in the memory of the inhabitants of Barreiras :

The lands of this village were formerly shared between a few large families of ploughmen.
One of them, the owner of this quinta, had a very pretty girl. 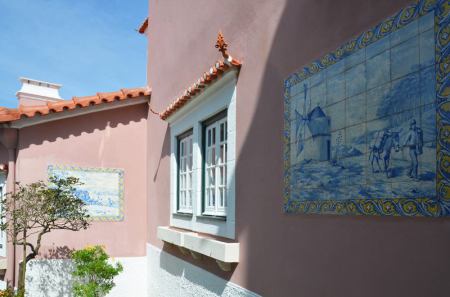 One day a nobleman from Lisbon, descendant of the illustrious family of Mascareignas (noble Portuguese family of navigators and explorers who gave their name to the Mascarene Islands in the Indian Ocean which include Mauritius and Reunion), was hunting in the region.

During a stop in the village, he fell in love with the girl and married her. He then bought the Quinta and the surrounding lands which he offered to his wife as a leisure house, in addition to the title of Countess de Torre, Fronteira and Lorna, many domain names belonging to this renowned family.

The young girl – which was said to be equally as kind-hearted as beautiful, took advantage of the fortune she was endowed with to do all the good she could around her, until her death, around the Second World War.

She notably turned one of the houses (« Casa escola ») into a local primary school and financed the construction of the nearby chapel. 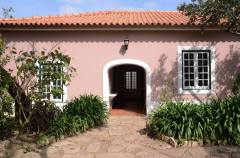 A plaque on the chapel still reminds the passer-by memories of her kindness...

The property - though fragmented since – still forms a homogeneous architectural ensemble which now includes a separate house (the old school reassigned to the house) and three adjacent but totally independent houses that are :

In addition, several outbuildings can be mentioned : 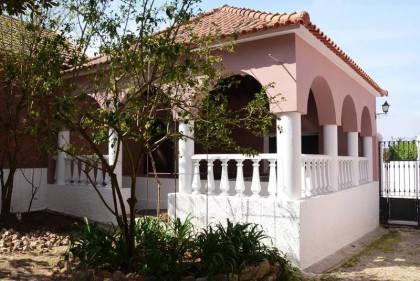